Addiction is About the Illusion of Power

True power is co-operative and collaborative, it works with, not against. Think of our very own House of Commons and you get the picture. Both sides standing and energetically gesticulating, intent on shouting the other down. A hollow compulsive ritual when played out with the sole intention of winning, on being right, on putting the other person down. This is domination, manipulation and exploitation; power over, not power with. And this is how the addict sees the world and that is why the addict medicates. Endless opposition is exhausting; sooner or later one becomes sick and tired and the illness is fatal if not treated.

Life becomes a vicious struggle for control with competition, manipulation and exploitation as the hallmarks of success and the tragedy is the addict is shouting himself/herself down in an effort to kill the doubt that always exists in the soul of the tormented; the heart of the unheard.

The addict seeks to control and dominate to defend their right to continue with their lifestyle of choice keeping access to their substance and/or process of choice always open because this has become their way to kill their pain; their way to manage their fears and terrors and uncertainties, and life without it holds more terror than a life with it even if that means detrimental health issues and a shorter life.

Power and meaning dislocate; the addict must always be right; the addict can never be criticised; the addict will tantrum if they are made to feel bad about what they are doing because they are terrified at it being taken away; it is an injustice too far this time and they will not have it!! They will fight to keep it at all costs, as the statistics prove.

When power becomes more important than meaning the ego inflates and others become manoeuvrable objects not differentiated others. They become like products on the shopping channel. Ushered into our lives so we may benefit from their use. Using people diminishes the user and the used alike, no matter how much they may both pretend otherwise. Use of others is an act of betrayal.

When in discomfort do you reach for the bottle? The pint pot? The needle or the reefer?

The addictive process teaches us that objects, such as these, are more reliable than people. These objects always produce a mood change and comfort us and so, when in crisis, discomfort or distress, we turn to them time after time.

Learning to turn to others and ourselves when in crisis takes time, effort and belief and will, but IT CAN BE DONE. In fact it’s done every day around the world. Someone, somewhere, right now is changing their habit of turning to objects instead of people for comfort and satiation and this person could also be you.

The mood change is the “feeling” emotional logic pushes the addict to find and it’s found through the substance of choice or the behaviour of choice, but it is false, fleeting and ephemeral. When it passes we are left empty, once again dumped into a despond of nothingness and again we chase the high to be dumped after it has passed, yet again. Time after time we repeat this doomed cycle of high and low, agony and ecstasy.

The joy and well-being of the intoxication are followed by the remorse and self-loathing of the morning after. This is the vicious circle of the addictive process; the closed system. Rather than connecting people it isolates them, cuts them off from meaningful nurturing human relationships and offers a relationship with an object instead. An object that provides intensity where intimacy is needed. An object that the addict learns to rely on for a mood change, an uplift, a high, an illusion of happiness that is really chemical dependence.

How to break the cycle, how to buck the trend?

It is the addiction, it isn’t you.

It’s not a “need” its a temporary fleeting impulse and urge that will pass but it masquerades as an emotional need of great importance because its mimicking needs in the past that weren’t met.

Your neural pathways, your brain circuitry have developed in response to your environment and if emotional needs in the past weren’t met the circuitry won’t have developed to allow you to feel satiated in the now and the emptiness is felt as a need that must be fulfilled.

Its an illusion, however, and you can change it by recognising it as such.

By re-labelling it as a want and not a need, by re-attributing it as a false message from your brain, a false belief;

“Remember the addictive compulsion says nothing about you as a person. It is not a moral failure or a character weakness; it is just the effect of circumstances over which you had no control. You were not responsible for the stressful circumstances that shaped your brain, but you can take responsibility now.”

It can be done, it has been done, it is being done now as you read this.

Make this your day of resolution to change, to begin again, to put the redundant thinking, acting, believing behind you and start your journey to sobriety, to self actualisation to a meaningful life.

You don’t HAVE to obey the addictive call; what feels like an urgent need is actually a false belief and the more you re-focus on this truth the weaker addictions grip will become.

But remember, you’re not conducting a criminal investigation upon yourself, you’re gathering information.

Don’t judge yourself, impartially observe what you’re doing without judgement or self rebuke, just;

Re-Label – ie: it’s the addictions voice not yours,

Re-attribute – ie: your faulty brain is producing these illusions, false beliefs in response to past stresses,

Re-focus – ie: when the urges come on re-focus on something else whilst all the time noticing that you’re not answering the addictions insistent call,

Re-value – ie: assign addiction its true, not illusory, value, what has this addictive urge ever given you or done for you?

Responding to addiction in this way, instead of the previous way, will steadily reveal itself to you as an irrational thought pattern masquerading as a truth and eventually after continuous repetition and reinforcement of the above four responses you will be free of it. 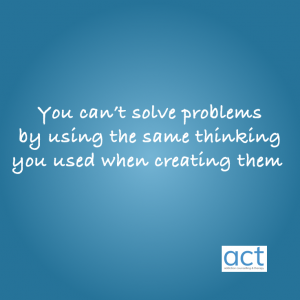 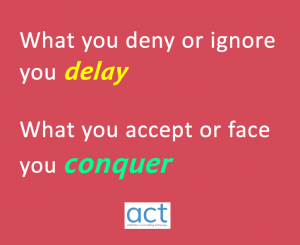 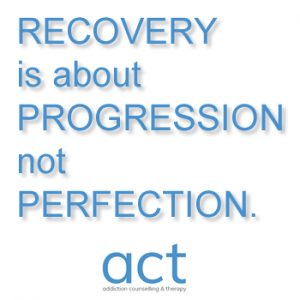 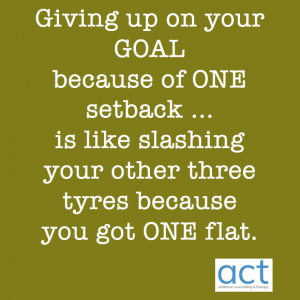 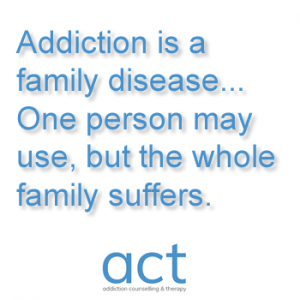