Once an Addict always an Addict?

This was said to me by a client I was seeing who used alcohol to the point where he’d been admitted to rehab so many times he was being told if he didn’t stop he would kill himself. He was still drinking heavily and often and he had no idea why and he wanted to know. Like so many before him and after him he wanted me to tell him.

Addiction Counselling Is Not Magic

I’m a trained counsellor and experienced in addiction therapy but I’m not a magician. I can only help those who want to help themselves. It’s the same story in clinics up and down the country. If you want to stop and you’re prepared to make the considerable effort required then, with support, you can change your life and begin living the way you would rather live free from the shackles of an addiction that keeps dragging you down to the bottom of the pile covering you in mess and disgrace time after time after boring and distressing time. 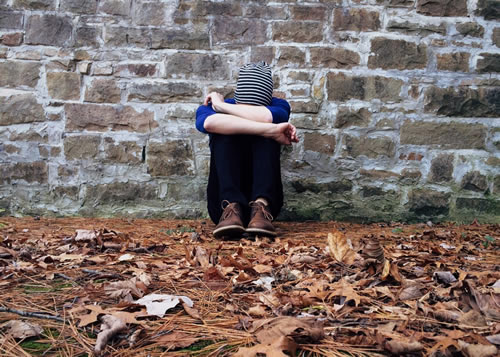 On the day he told me this he’d been telling me how he would carry around three or four plastic carrier bags to vomit into once the brandy he drank had started to take effect – he drank three bottles a day. He hated mess so when he vomited it would be carefully into the carrier bags which he would then tie up and dispose of in the bin which he would empty regularly. Such fastidious attention to cleanliness and neatness whilst all the time eroding his insides. Madness? Maybe. Helpful? Only to kill the pain but of course with the pain would go his life, eventually.

So what to do if one has reached this point?

Only death can terminate the habit unless the person themself decides enough’s enough. With medical intervention to deal with detoxing the user can move on to looking at their habits, beliefs, fears, hopes and dreams. With careful, honest reflective work with a counsellor/therapist or a facilitator in group meetings the user can pull back the coverings on their secretive habits and look for points in their lives that may have contributed to this apparent death wish.

Trauma, adverse childhood experiences, attachment difficulties, parental neglect and abuse, abuse of any kind from whatever quarter can trigger feelings of worthlessness that convince the user that they’re worth very little and no one cares whether they live or die. This often triggers a counter-defensive reaction in which the user rejects people before they reject them first and takes up a relationship with an object that can be relied on to be ever present and mute and therefore non-judgemental and therefore no threat. This absence of threat is mistaken for well being and tranquillity and the user sinks ever deeper into a dependent habit on the object, whether drug or drink or any other addictive behavioural pattern or indulgence or consumption.

Once the bond has been made like any attachment it takes time to disengage. Healthy attachments are reciprocal and involve real acceptance through mutual exchange. The attachment to objects is one dimensional. It gives a chemical dosage and alters the mood of the user but this is all it can do, time after time. It is limited but it is reliable, it will deliver even if the dosage has to be regularly increased to give the same hit. The mood alteration is the hook that keeps the user attached to the behaviour in a parody of a real – or human to human or person to person – relationship in which there are three dimensions involved not one.

Addiction is about pain and the alleviation of it. At it’s root addiction is about denial of agency or the users power to alter events including they way they feel their pain and manage and control it. An addicts use of substances/objects maintains the illusion that without the substance the user is powerless to numb the pain or alter it or live with it. It renders up to the substance what the user is unable or unwilling to use themselves; power to effect change and power over fate and circumstance, both ones own and others too. Existentialists call it bad faith; when a person denies their agency, or power, and succumbs to fate instead to spare themselves the burden of responsibility for their position/station in life. It’s a trade off, I have no choice therefore I cannot be responsible for whatever happens to me. Fate will decide and I’ll do my best with whatever befalls me.

An activity that promises relief from pain and a mood alteration to make one feel better is a powerful force, it’s no wonder people keep going back to it time after time.

In the words of Shakespeare;

“Anticipation is half the pleasure”

and this is more pertinent than we sometimes imagine. Our brains reward centres produce dopamine when we anticipate something rewarding or pleasurable about to happen and during the event itself. So an activity can produce a dopamine fuelled high simply because we believe it to be a rewarding activity even if it isn’t. We then associate that activity with the mood high imagining it to be responsible for making us feel good when actually it is the anticipation that it will be pleasurable that makes it so, not the event itself. Mind over matter, I think therefore I feel.

Giving away our energy

We really are amazing creations yet we give so much of our power and energy away. Is this a modern phenomenon? Quite possibly. Certainly the recent UKESAD (United Kingdom and European Symposium on Addictive Disorders) event in London on 2nd May was proposing that addiction is a modern day pan-demic stemming from the increasingly isolated lives that we live at arms length from real person to person and people to people events but close up with virtual relationships through the internet chat rooms and Facebook and twitter activity in which our friends are followers online never to be actually met or interacted with other than at arms length and digitally. Consequently our need for greater stimulation through authentic and real relationships is unmet and we find solace in substance that provide that extra dimension.

One of the guests on the panel “Kurikindi” an Amazonian rainforest Indian observed that there was no word in his peoples language for addiction until the West intruded upon their hidden world. Damningly telling of our cultures emphasis on instant gratification and it’s ubiquitous insistence on inadequacy as a motivator to continually improve, strive and reach for more and more to fuel and maintain our consumerist economy. No wonder addiction is on the increase, we just don’t know when to stop and reward seems to be so inextricably tied into consumption that it’s little wonder we see so many crossovers into rampant addiction. It’s as if the boundaries are not so clearly defined anymore. The world has shrunk, possibilities are endless and boundaries that used to be plainly laid out for us have been obliterated by the constant and frenzied shifting sands of progress.

If you have an interest in Addiction and would like to access the Symposium, and it really is worth a look, contact the BACP and enquire about the webcast of it. It is available for a small fee or Google it and follow where the trail takes you, it offers some insightful and useful information around addiction and what may fuel it and what may help alleviate in those who suffer from it and want freedom from it’s vice like grip.

By Bradley Riddell – A counsellor/therapist in private practise in Brighton and Maidstone specialising in Addictions – www.addiction-counselling.org.uk – bradrid@gmail.com