The Cycle of Addiction 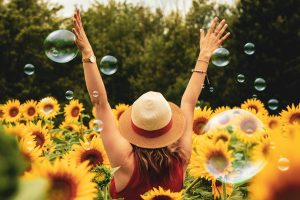 Understanding the cycle of addiction is crucial to the recovery process for many.

It is seen, for example, as the single most important intervention by men in a group therapy recovery treatment at the Marylebone Centre run by Thaddeus Birchard in Paddington, London.

In broad outline, the “Cycle of Addiction” has four parts;

Go through the cycle yourself using your personal behaviours.

Anticipation of forthcoming pleasurable outcomes – part of the arousal chemistry –   causes bursts of dopamine to simultaneously, and temporarily, flood the brain urging the person on and on and on, fuelling an almost ceaseless-like quiet frenzy of imagined promises awaiting the entranced ‘actor’ in the grip of the intense compulsion created by a heady cocktail of anticipation, memory and illusion.

Desires will never be truly exhausted.

Desires are inherent to all human beings.

We all have them.

We all always will.

The idea that we can exhaust them by indulging them is part of the grip that addictive thinking/feeling/being has over us and is at the heart of the therapeutic endeavour.

Changing our relationship with our ideational thinking

If we can truly change our relationship with our ideational thinking, that is our conscious and unconscious process, ie: ALL our thinking; we will be able to begin to understand that being able to physically endure our acting out until the feeling/urge/craving is satiated, is actually a myth, and part of our problem not our solution.

It is the illusion that perpetuates the cycle of our addiction.

In the “Immediate Aftermath” we begin a gradual slide towards a capitulated and exhausted state; shame, guilt, remorse and regret will eventually overwhelm and drag us down and we will be left in a depleted state with no other option but to lick our wounds and try to recover, or reconstitute as Birchard’s cycle of addiction phrases it.

Addiction is characterised by the notion or concept of “just one more”, as if – and this is the illusory bit – one more will satiate us once and for all; and as long as we keep hanging on to this belief, this hope, we will keep repeating it, keep re-entering the cycle of our own personal addiction time after time.

It will never satiate itself through acting out.

This response to our cravings keeps us firmly locked in the addiction cycle.

The sooner we find a way, or ways, to exit it, the sooner we can begin our true recovery away from its cause not towards its illusory promise.

It never has fully produced on its promise and it never will because it never can; it is an illusion, a chimera, a fantasy, and once that is assimilated as a truth we will let go of it as the answer to our despair.

We will understand, in a gnostic way, that it is the architect of the very despair we are turning to it to solve, to satiate, to fix.

And there is a part deep within every person who is adversely hooked on their acting out that knows this to be true but, for whatever reason or reasons, conscious or unconscious (or both) they can’t fully let it go.

However, once we get that it is actually, really, an illusion and I mean really get that, we will be free of its compulsive hold over us.

But that is easily said, or written, or taught, or alleged to be believed in.

We are addicted until we’re not.

This seemingly trite banal observation is actually a profound truth pointing to a spiritual, mystical epiphany that needs to be experienced for addictions grip to loosen and fall; one could describe this as spontaneous remission?

One could also point to this as the spiritual experience that Jung famously referred to, see below. Research conducted by scientists interested in the phenomenon of the Anonymous movement points to belief as the major determinant in this worldwide movements success and this bears out the profundity behind this apparent banality.

Once we believe, truly believe, that we are free of the affliction or afflictions that have plagued us our entire lifetime, then we are.

And this doesn’t just mean a repetitious verbal spouting of positivistic mantras. It’s the deeper spiritual understanding that Carl Jung in his correspondence with Bill Wilson (a co-founder of AA) wrote about, as referred to above.

In a famous statement to a wealthy businessman industrialist who had followed Jung around the world to get help with his alcoholism Jung declared that he couldn’t help him, having tried for some time to do so.

What you need is a spiritual experience, said Jung to him, and out of this exchange (which got back to Bill W.) the “God” part of the anonymous movements 12 step programme was born.

In reality it is not God but a spiritual experience that is required and is being referred to by the movement. Bill W. himself was clear on this but that seems to have fallen by the wayside with followers who (perhaps with a natural inclination toward dogmatic clarity, for reasons probably hidden from their understanding; that maybe only uncritical belief can soothe?) preach the need to pray to your “Higher Power” or “God” of your understanding of him as an essential element in one’s recovery.

The American psychiatrist Lance Dodes takes umbrage at this proselytising component within the Anonymous movement. He holds that the movement is mono-maniacal, believing that it is their way or the highway.

Dodes points to their mantra;

“it works if you work it and you’re worth it so work it!”

as indicative of the cult-like component within the movement and it’s disempowering force in insisting that the fault for any lack of success lies at the door of the individual not the movement. This echoes the dogmatic insistence within cults that there be absolutely no criticism of cult-leaders and by proxy, therefore, the cult itself.

The satiation, through indulgence, of a felt desire is very human and animalistic too all at the same time. It is natural and is hardwired into us.

When we were hunter gatherers we foraged and consumed whatever we found as we had no certainty at all that it would be there later. At that time there was also no known way, or practice, of storing food for a rainy day until sometime later in our evolutionary journey.

The power of instant gratification

This explains the power of instant gratification as it used to be a survival mechanism that was valid, real and incredibly necessary a very long time ago. It explains why we, in the face of self-ruinous behaviours and habits, continue in them as if this behaviour is actually helpful and worthwhile.

It obliterates any consideration of the dreadfully excoriating guilt, shame and regret that inevitably follows any addictive binge that we all feel at some depth and for some considerable length of time afterwards.

We also feel confusion, resentment and anger at this “powerlessness” over something we know (in the Gnostic sense) isn’t actually helping us as we would like it to. 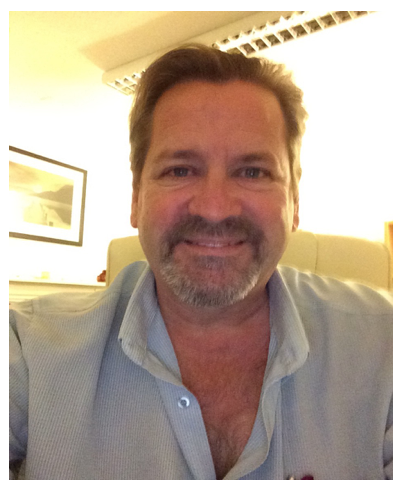 The Cycle Of Addiction by Bradley Riddell

The guilt and shame inevitably wane, however, and one eventually enters a dormant phase where memory of the shame, guilt, confusion, anger et al is sufficiently faint and distant to allow a repetition of the whole cycle, again and again.

This is the “Reconstitution” phase represented by the “R” in the acronym “P.A.I.R”.

And deep inside there is a corrosion of self, a crisis of confidence in life, others, ourselves and fate as being a repetitious treadmill upon which we are forever doomed to be returned to; it is our fate.

At this point the words of Carl Jung become prescient and helpful;

The acknowledgement of the working of our personal “Cycle of Addiction” prepares us for the oncoming inevitable stages contained therein and as such forearms us by forewarning us of what is inevitably going to happen if we just stand by and allow the cycle to gather speed and momentum and sweep us along in its wake.

By identifying our personal cycle of addiction we are preparing to resist the inevitability of its dynamic and this in itself is a helpful observation of our process from a impartial perspective.

This process is variously referred to as;

Observing the stages that we go through from the initial stage “P” through “A”, “I” and “R”; PAIR:

Helping ourselves to see our process as a universally shared phenomena illuminates it in a compassionate light and thus nullifies recrimination and self-loathing.

This realisation vastly reduces guilt and shame and self recrimination ushering in much needed compassion and forgiveness and acceptance of self.

It also, very crucially, makes the unconscious conscious and thus frees us of it’s domination over us thereby handing our life and choices back to us as free agents acting in awareness and with compassion for our humanity in all its nuanced imperfection.

Of course we can all always fall back into old cycles of behaviour from sheer force of habit but making them explicit gives us the pause to reconsider in that moment and choose a different and healthier and ultimately more efficacious response.

Describing our addictive acting out using the four stage cycle of addiction gives us that awareness needed to reconsider our options in those critical moments.

For therapeutic assistance with addictions, anxiety, trauma, obsessions call me to discuss a free initial appointment at either my Maidstone or Brighton office: