Hypercapitalism: The Growth Hormone In Addiction 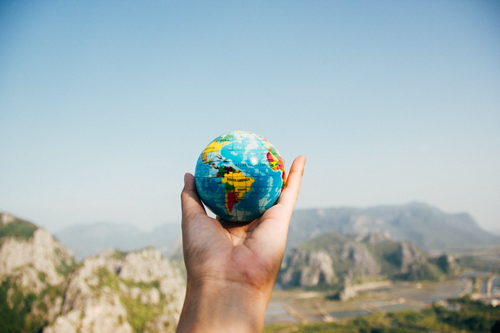 As an ‘addiction specialist’ – and I put that in inverted commas not through any pompous pretence to claim to be what the tag describes, but rather to question its efficacy and plausibility – I should know all about addiction and how to combat its insidious hold, and yet I don’t and I’m most definitely not alone. I am reminded of the exhortation to remember that what we know is small and what we don’t, is vast. And this seems to me to be analogous with our knowledge about the causes and cures for addiction.

Why do people do what they do, when its so obviously harming them?

How can they not see, not notice, not hear the fears and concerns for their welfare from those around them?

What keeps those voices at bay?

Why do they seem to be so far beyond the pail?

Why would temporary relief appear to be the answer, when the long term effects of the indulgence are so clear for all, but them, to see?

What drives a human being to self-harm and self-abuse to the point of death and social banishment?

Families continue to be torn asunder whilst parents find themselves, or their loved ones, behind bars or restrained under section in mental institutions, all because they refuse to give up their preoccupation with drink, drugs and the sordid underbelly of intoxication and chemical imbalance brought on by their behaviours and rituals and ingestions.

In the face of this confusion, it is understandable that many find sanctuary in dogmatism.

Certainty in the face of uncertainty? Isn’t this, after all, what dogma offers? Bertrand Russell says dogmatic belief suggests,

“that we have knowledge where in fact we have ignorance and by doing so, generates a kind of impertinent insolence to the universe”.

He goes on to state that;

“Uncertainty, in the presence of vivid hopes and fears is painful, but must be endured if we wish to live without comforting fairy tales… to live without certainty and yet without being paralysed by hesitation, is perhaps the chief thing.”

The search for certainty

Addicts and moral dogmatists share this common trait; both are looking for certainty, something they can rely on to quell their anxiety about what they don’t know.

For some people, admitting that they don’t know feels like an impossibility. It fills them with a sense of desolation and emptiness. It is this very sense of emptiness that they seek to fill with their addiction.

For the addict it is their substance or ritual of choice, for the dogmatist it is absolute truth, and both remain entrenched and unfree, for they are both addicted.

Addicts will always be vilified

Addicts, in the societal, generalistic sense of the term, ie: substance and process addicts, will always be vilified, because society wants to distance itself from its casualties.

The dislocating effect of modern capitalist societies all over the word causes addictive behaviours, according to Prof. Bruce K. Alexander in his masterly, scholastic and fascinating book The Globalisation of Addiction: A Study in the Poverty of the Spirit – O.U.P – 2011.

At the recent UKESAD Conference in London, 2nd May 2016, Kuri Kindi an Amazonian Indian Chief and Head Shaman for his people, stated quite bluntly, and matter of factly, that there was no word for “addiction” before the Western world impinged on his world and his people.

In Northern America, the indigenous native American population became blighted with the ill effects of alcohol, not because of its inherent properties, but because of the dislocation visited upon them by the colonising people who took away their land, their culture, their children and their pride and dignity.

Dispossessed in the West

In the Western world, people are being dispossessed on a daily basis. Homes are being repossessed, children are being taken from their families, people are being declared bankrupt and the mega rich are avoiding tax and making ever more bucket loads of profit and all the while the average person is being encouraged to strive for more and more for themselves and their families with the spur of inadequacy digging deep into their sides.

This is not to say, however, that I am arguing for a pure socialism but rather that the hypercapitalism of the unfettered free market, be kept in check and work in harmony with the other institutions of society; a kind of domestication of capitalism away from globalisation and world wide domination and more towards local villages within national communities with differing and unique specific needs and wants.

The Globalisation Of Addiction 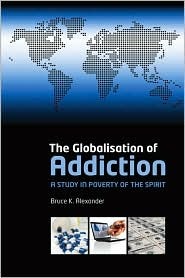 Prof. Alexander makes the case far more eloquently and compellingly than I ever could in his book The Globalisation of Addiction and with over 50 years experience of working in psychology and the field of addiction specifically, it comes as no surprise, to me or anyone else for that matter, that he does.

It’s well worth a read along with Gabor Mate’s In The Realm of Hungry Ghosts – Alfred A. Knopf – 2008 for anyone working in the field of addiction, as it helps to locate this most elusive of phenomenon within an accessible framework.

It still can’t pin it down, but then that’s the point. When the elusive is pinned down, it ceases to be elusive and it will be reinvented by those seeking escape.

Perhaps that’s why addiction will never be cured? The imaginative genius of human kinds human mind will continue to find ever more ingenious ways of reinventing the old?

What Prof. Alexander and Gabor Mate seem to be saying to me, is that the creativity inherent in being human, is both the salvation and damnation of our species. Our ability to create conditions in which we feel better about our pain, confusion and dislocation, rests on our ability to manipulate what’s in and around us in our world.

This creativity misfires in the case of addicts who have a pain, so great, that its relief ultimately means cessation of life. The pain is so intense only death will snuff it out. For Gabor Mate it’s never why the addiction, but why the pain? Get to the root of that and you will get to the underlying motivational drive to use.

Darwin, says Alexander, was arguing that human kind has a dual conflict at its core; that between the individual and the collective, the need to compete and the need to belong, are dual inherent drives within homo sapiens, for Alexander, that condition our existence.

Who can treat addiction?

In Alexander’s view, psychological thinking will be greatly advanced when the implications of this dual view of human motivation are fully recognised and I can’t help but wonder, at its efficacy if  assimilated into the field of addiction?

This would work, to my mind, as an antidote to the prevailing deterministic view that addiction can be treated, but only by those who have known it themselves and further only by those in “active recovery” themselves?

This is not to denigrate the great work done by many within the field who are in “active recovery”, but to postulate a more authentic and truthful approach that rests much more heavily on the admission of our not fully knowing as being more curative, understanding and useful to the “addicted mind” than the insistence on having the cure if only the treatment is slavishly adhered to?

This is a point Lance Dodes makes when citing the AA mantra;

“It works if you work it”

He suggests that this implies the fault lies with the individuals faulty working of the 12 step programme rather than the programme itself.

This is remarkably redolent of the conditions clinical psychologist James Miller found himself working in in the 1970’s in the USA in a hospital ward dedicated to addiction.

Staff on the ward would regularly talk of patients being resistant or stubborn or in denial if they didn’t respond to the efforts of the staff to help them quit their addictive behaviour.

This didn’t fit Millers own experience of the patients being so labelled and led eventually to the birth of the approach known as Motivational Interviewing along with Rollnick, another psychologist interested in addiction.

I can’t help but wonder where the empowerment in slavishly following orders comes from?

And isn’t that what cure is all about?

Freedom from enslavement not a clinging attachment to it in a different guise?

Too often the treatment and recovery community is populated by those who have followed the 12 step path and then gone on to evangelically spread the word with a well intentioned fervour that sadly only puts off those less radically inclined.

I have sat with many clients who have been driven from the “rooms” (the every day term for the AA or 12 step movement) because of the zealotry of some of the 12 steppers in their evangelising or proselytising of their newly  found sobriety.

Maybe, for those people, less would be more in much the same way that less fervour in Capitalism’s quest for ever more market places might restore the humanity to our society with a welcome return to an emphasis on community and the collective over the individual and corporatism?

As is often cited;

“The opposite of addiction is connection”

And the dislocating effect on our society from the insistence of the primacy of the individual and individual choice over the community and the collective will, seems to be a disenfranchisement of far too many at the lower end of material wealth.

These days if you can’t afford it you don’t matter and don’t belong. We need an antidote to this harsh and uncaring sentiment. It just further demonises the poor and empowers the wealthy and is being promulgated by the wealthy themselves it seems.

Just take a look at the rise in addiction, homelessness and unemployment (here I am counting zero hours contracts as unemployment as it’s a cynical manipulation of statistics to count these nefarious inventions as jobs) and you’ll get the idea?

Are we experiencing the Globalisation of Addiction?

Professor Alexander certainly thinks so and the increasing amount of dispossessed homeless people on our streets seems to indicate that he’s got a very good point?